2020, moving forward in a year of setbacks

In these twelve months full of ups and downs, where unpredictability was king, we were focused on keeping the community alive. Even in the face of adversity, we tried, together with our partners, to keep the space of the Hub Criativo do Beato (HCB) open to entrepreneurs, neighbors, and the community that we always want close to us.

Despite the context, HCB has made great strides in carrying out the works of rehabilitation and adaptation of the partners’ buildings, and renovation of common infrastructure. It was the year in which we began the rehabilitation of the roof and facade of the Moagem Building from the former Military Maintenance, that will give way to the museum space promoted by EGEAC.

What will be the new building of Startup Lisboa also saw its progress, with the demolition of flour silos. Infrastructure works for the outdoor spaces also continued, with the connection from Rua da Manutenção to Avenida Infante Dom Henrique and future pedestrian walkways and the rehabilitation of Travessa do Grilo. Infrastructure works for the interior space have also started, which will allow the reception of the first partners to open doors – Factory Lisbon, Praça, and Browers.

The works in the Factory Lisbon building continued to advance, the Browers works started even though they have since been suspended due to the pandemic and A Praça presented its project to the public – an area of ​​1700m2 with a cafeteria, butcher, fishmonger, grocery store, market-fresh produce, wine cellar, bakery, delicatessen, and cheese shop, as well as a cooking school.

Summer was time for Casa do Capitão to open doors in a pop-up initiative, which for more than three months received 63 concerts, 77 Dj Sets, 7 exhibitions, 33 workshops, 3 conversations, and 4 performances for an audience of around ten thousand people. All of this accompanied by the special menu of Praça and craft beer from Browers

It was particularly good to see that we grew, throughout the year 2020, alongside the surrounding area of ​​the Hub Criativo do Beato, which began to see many of its infrastructures rehabilitated. Beato, a new centrality in Lisbon

Interview to Silvino Correia, President of the Beato parish 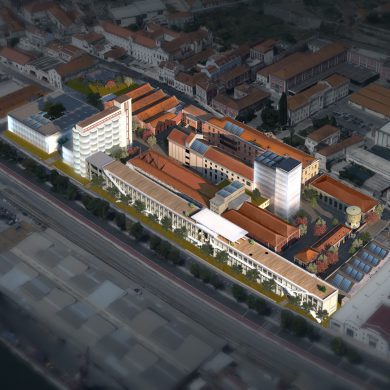 Municipality becomes the owner of the property that houses HCB

Launch of the documentary trailer